Give your input about our parks and recreation programs, 5/2/2017 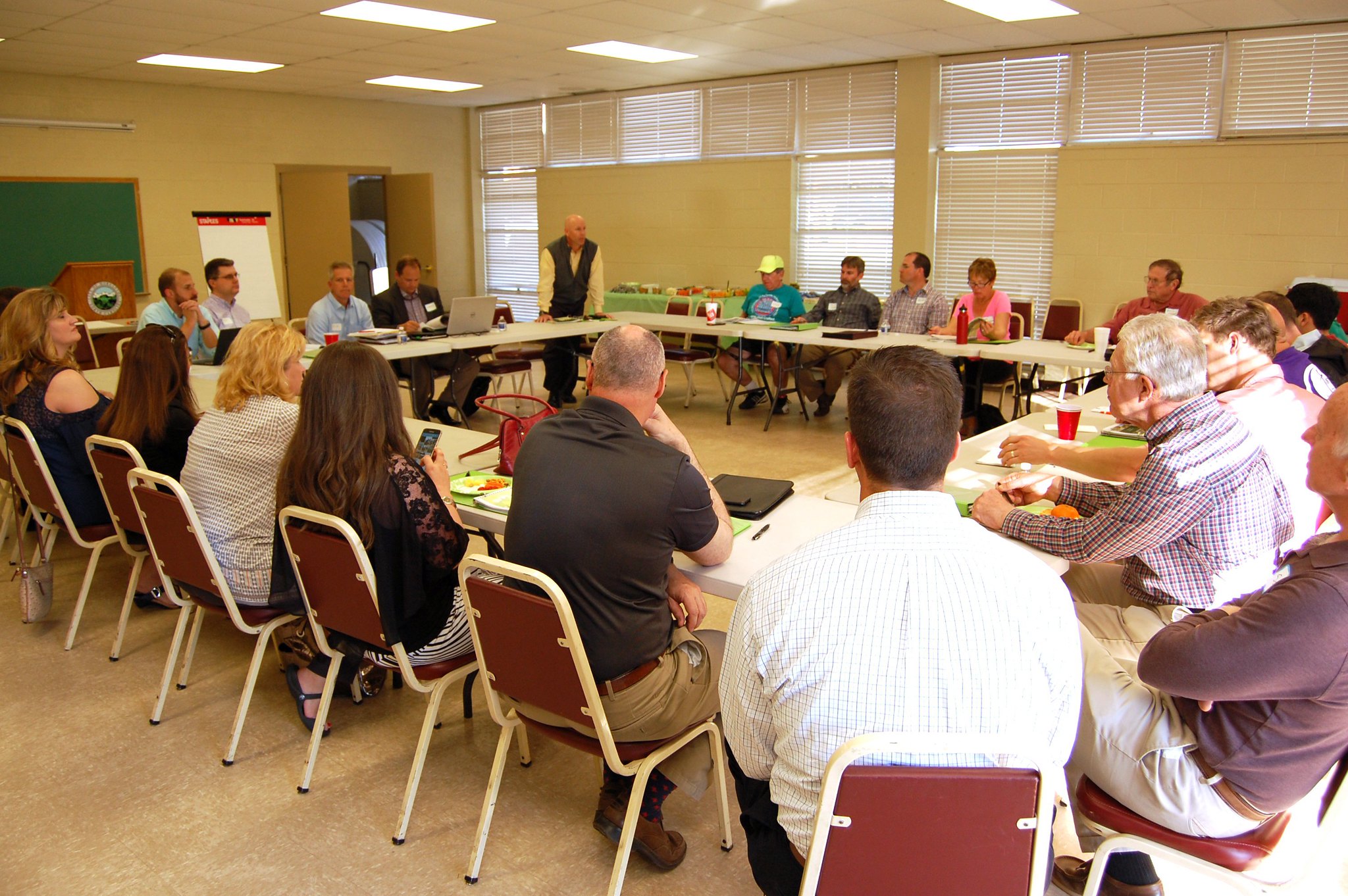 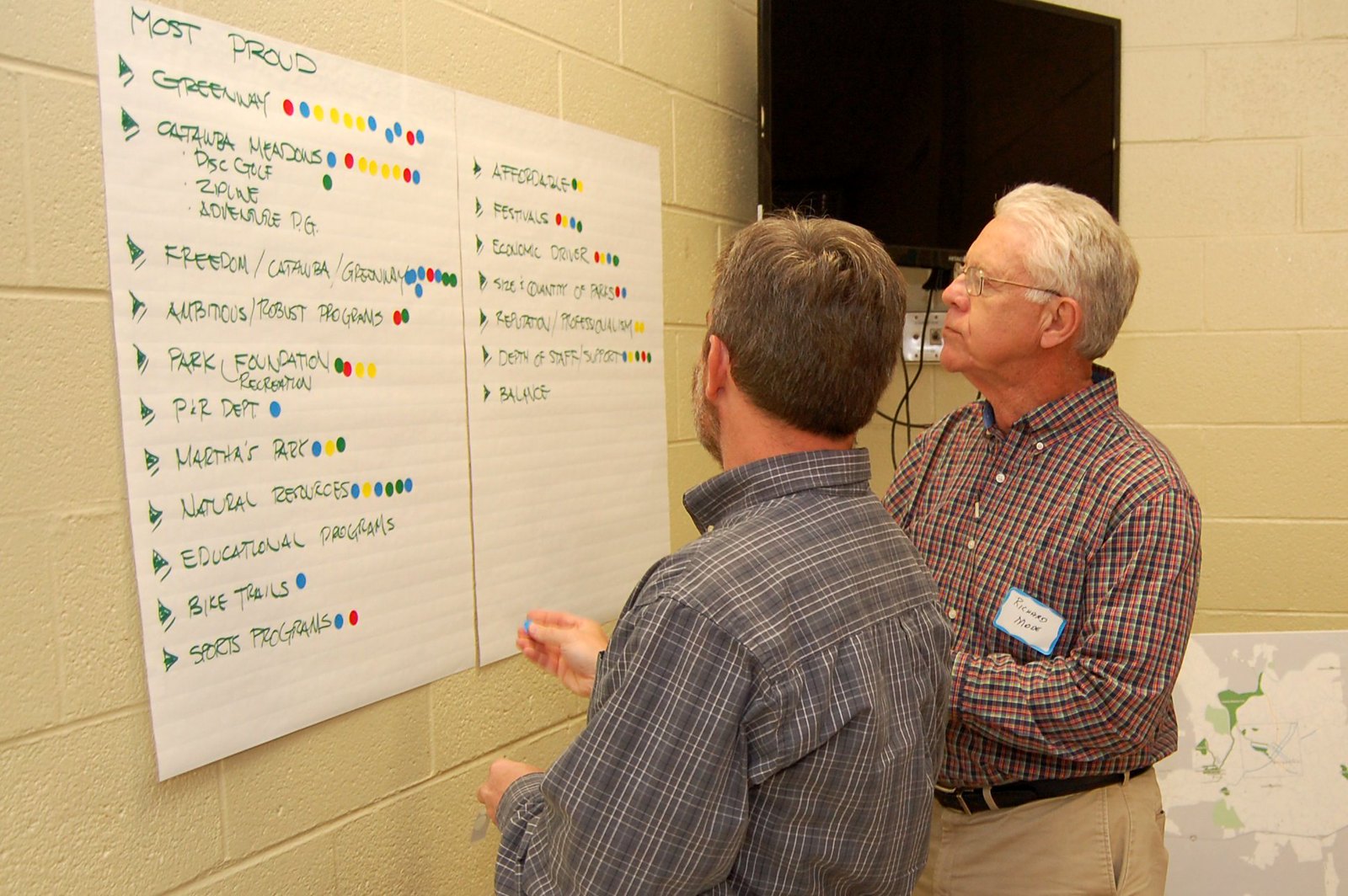 Steering Committee members place stickers on the "Most Proud" list to choose their favorites. 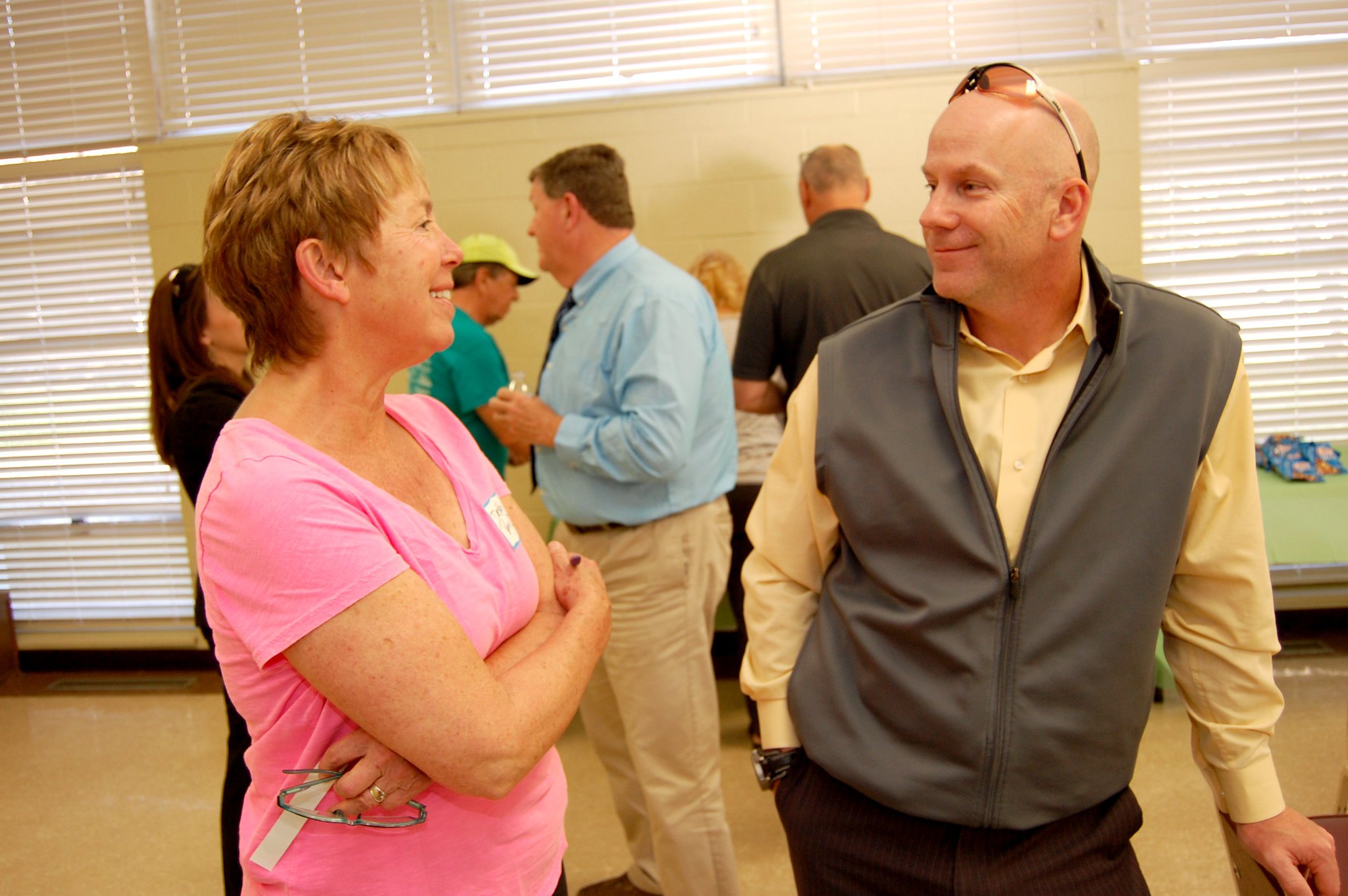 Parks and Recreation Director Rob Winkler talks with a steering committee member during a break.

The Parks and Recreation Department held a public input meeting June 8, 2017, at Mountain View Recreation to get feedback on the city's parks and recreation programs. About 75 people attended, answered questions, and shared their views with recreation staff and the consultants creating the plan. 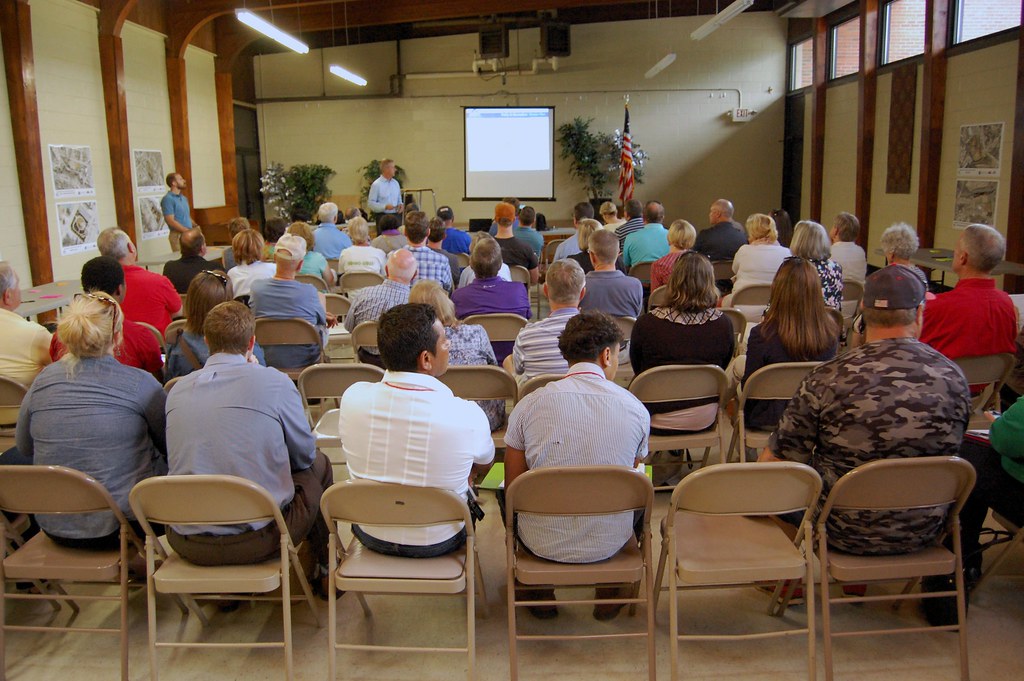 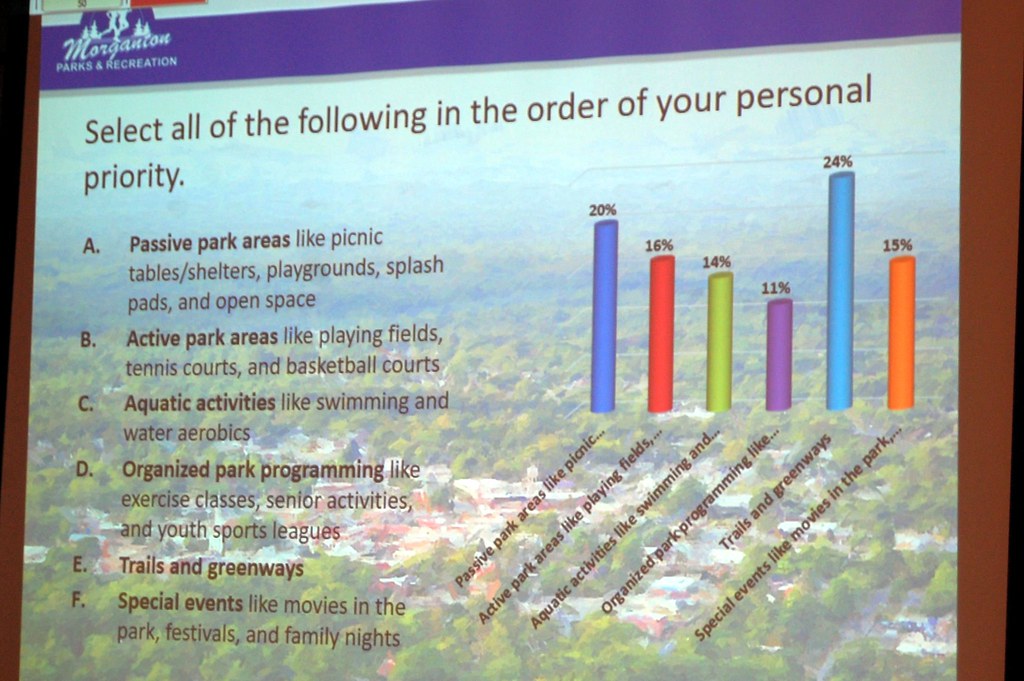 The audience participated in several live polls. Trails and greenways received the most votes as being the most important aspect of the current parks and recreation programs. 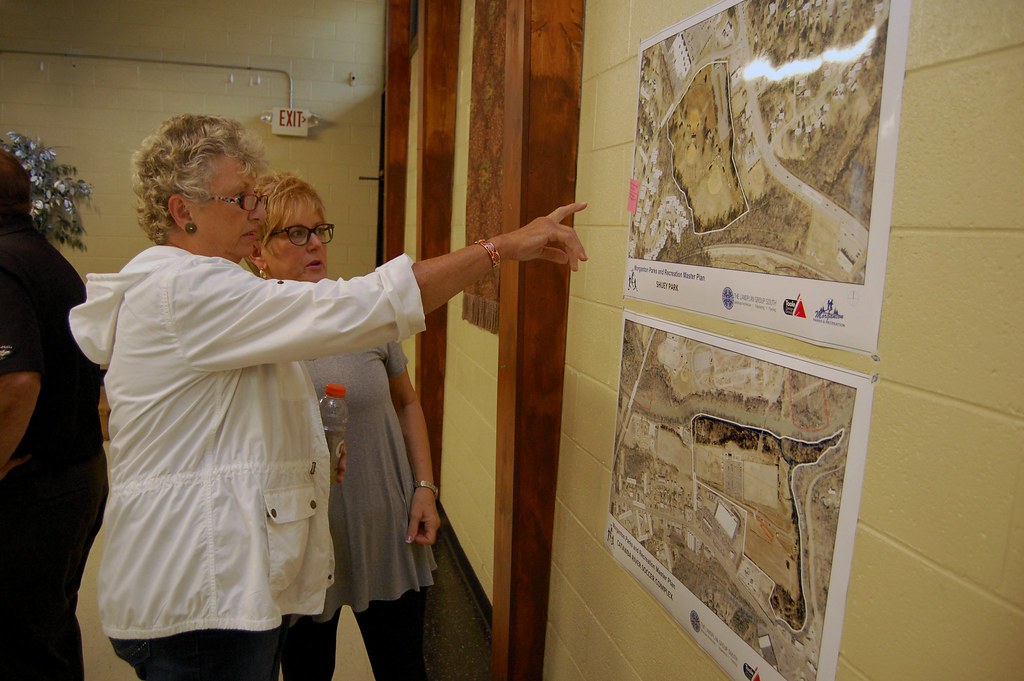 Attendees talk about what changes they'd like to see at a local park.