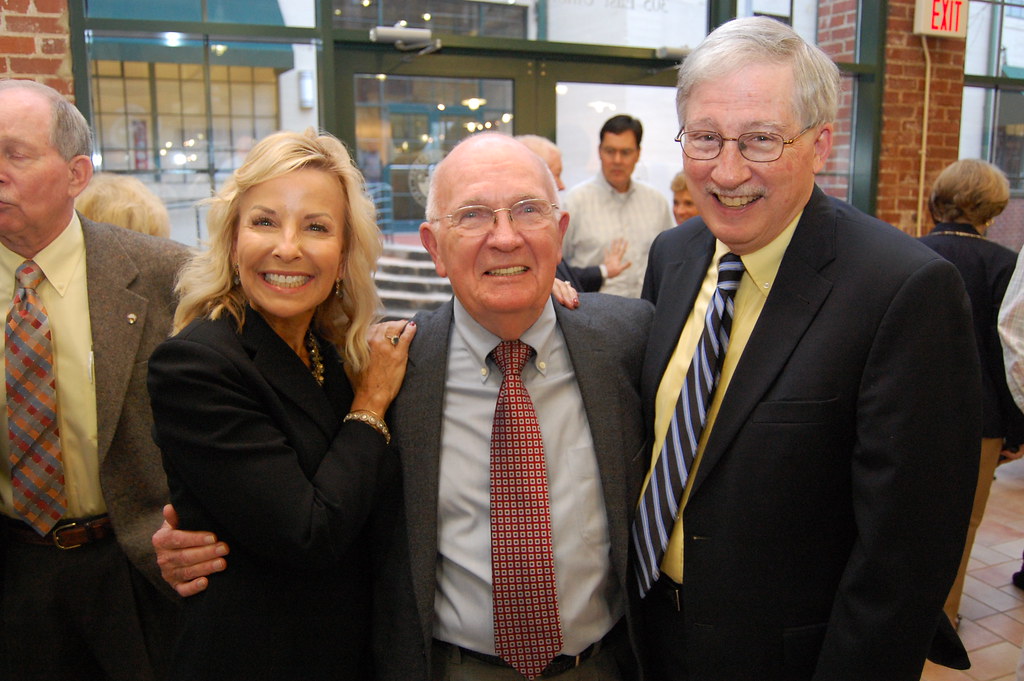 WHEREAS, John H. Cantrell was appointed unanimously to the Morganton City Council to represent Council District 3 in 2000 to fill an unexpired term and was first elected in 2001, and administered his oath of office on December 3, 2001, beginning the first of four consecutive terms in that office; and

WHEREAS, Councilman Cantrell actively participated on behalf of the City of Morganton in the North Carolina League of Municipalities, the National League of Cities, and ElectriCities of North Carolina; participated in training opportunities through the UNC School of Government; and served on the Burke Development Incorporated Board of Directors including a term as Vice-Chairman; and

WHEREAS, Councilman John Cantrell during his seventeen years on the City Council has embraced and promoted Morganton’s participation in the North Carolina Main Street Program; been a lifelong supporter of public recreation as a cornerstone of the community; supported and served the Burke County Public Library; logged many volunteer hours for the Historic Morganton Festival and the Red, White and Bluegrass Festival; and

WHEREAS, John H. Cantrell has served on the Community Appearance Commission since 1993 and championing preservation of green space, manicured landscaping and the neat and well-kept appearance of our City; and

WHEREAS, John H. Cantrell shared his vision for a better Morganton serving as a member and Chairman of the Morganton Redevelopment Commission; achieving the revitalization of the East Union Street area resulting in new development and redevelopment which spurred tens of millions of private investment in the area, the creation of the Options shelter, the preservation of the Premiere Hosiery Mill into the Morganton Trading Company and the development of 400 Union Square; and

WHEREAS, Councilman John Cantrell’s influence and service extended beyond the activities of the City; as an active member of the Burke County Chamber of Commerce, as a board member for Habitat for Humanity, as a member of the Carolinas Healthcare System Blue Ridge Long Term Care Board, and as a long time Kiwanian; and

WHEREAS, John H. Cantrell has been a devout and faithful member for many decades of the First Baptist Church of Morganton where he served on the Personnel Committee, the Board of Deacons, and taught Sunday School; and

WHEREAS, Councilman Cantrell has been devoted to the City of Morganton and has exemplified all the best in a public servant through his positive attitude, his hard work for the citizens and his devotion to the betterment and progress of the community.

NOW, THEREFORE, BE IT RESOLVED by the City Council of the City of Morganton, sitting in regular session, that:

1. With highest regards and esteem and on behalf of a grateful City, the Council
issues this Resolution to honor and thank John for his many years of unselfish service to his community; and

2. As a token of appreciation of his service to the City, John H. Cantrell is hereby awarded the title “Councilman Emeritus” together with all the honorary privileges and rights thereunto pertaining.

Anyone wishing to speak during this time must sign in with the Clerk before the meeting begins, and upon being called will have 3 minutes to address the Council.

IV. Pledge of Allegiance to the Flag

V. Invocation to be Given by the Rev. Tom Bland, First Baptist Church

• Carriage rides in Downtown on Fridays and Saturdays beginning on November 24, 5:30 p.m.

IX. Consent Agenda – All items below are considered to be routine and will be enacted by one motion. There will be no separate discussion of these items unless a Council member, staff member or citizen so requests. In the event a request is made, the item will be removed from the consent agenda and considered under Item X.

A. Approval of Minutes – For a Regular Meeting and a Closed Session, both held on October 2, 2017.

RECOMMENDED ACTION: Approve a professional services agreement with the Western Piedmont Council of Governments for Phase 2 Storm Water Public Outreach and Education Services in the amount of $5,189.

RECOMMENDED ACTION: Approve a budget amendment in the amount of $30,900 for receiving insurance funds and for the replacement of a Public Safety vehicle.

E. Consideration of Application for a Certificate of Taxicab Franchises

1. Public Hearing for Consideration to Rezone a 5.00 acre Portion of a 6.61 Acre Tract of Property Located at the Southwest Corner of Carbon City Road and Jamestown Road from Exclusive Industrial District (EID) to High Intensity District (HID) Submitted by Adam McCurry, Agent for Ace Deuce Properties

2. Public Hearing for Consideration of a Proposed Amendment to the 2017 Consolidated Action Plan and Approve Amended Project Budget

1. Consideration of Award of Contract for Deck Replacement for the Greenway Bridges over Silver Creek and the Catawba River at the Soccer Complex

2. Consideration of a Resolution Supporting Building Re-use Grant Application for Project Quantum Leap and Call for a Public Hearing

3. Consideration of a Resolution Supporting Building Re-use Grant Application for A Caring Alternative

4. Consideration of Proposed Lease Agreement for a Portion of the Building at 112 West Union Street for the Operation of a Restaurant

5. Consideration of Appointments to Boards and Commissions

6. 30-Day Notice of Vacancy on Boards and Commissions

XII. Other Items from City Manager and City Council Not on Agenda